So what does a whole home remodel in the Lancaster area cost? If you were to remodel at least one kitchen, bathroom, and basement, in addition to other miscellaneous home improvements including windows, doors, and siding you could spend between $100k and $450k+. We know what you’re thinking, that’s such a large range! This is because no two houses are the same, and there are too many variables to give an accurate snapshot of what your remodel will cost without delving into the details.

Even the most trusted source for home remodeling prices by the research group Hanley-Wood will have estimates for the same room ranging several tens of thousands of dollars in the annual Cost vs. Value Report. Each room or project is subdivided by two or three classifications, however, the range is still so wide it begs the question: What creates such a wide variation in some home remodeling projects?

Let’s dive in, one room at a time. 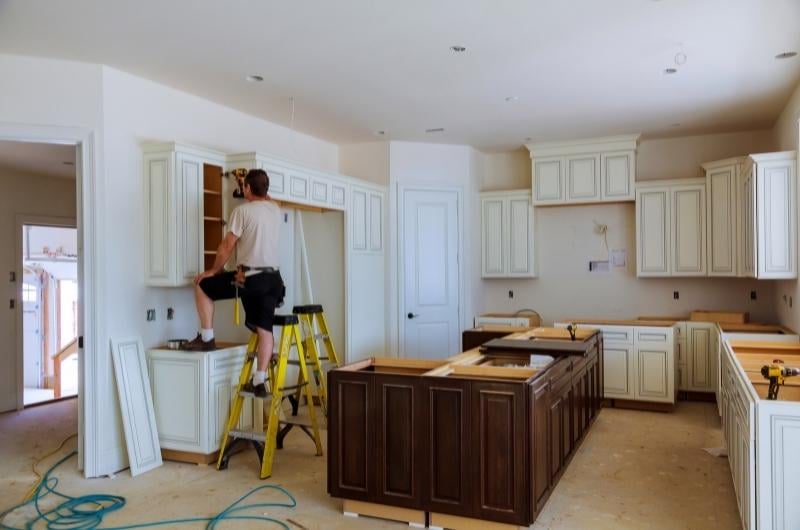 Kitchen remodel estimates are the most varied and expensive because of the vast amount of possible changes, materials, and additions you could include in your remodel. Because of this, the most recent Cost vs. Value Report (2022) lists three categories for kitchen remodeling costs: Minor Midrange; Major Midrange; and Major Upscale. A Lancaster kitchen remodel is estimated to cost on average $29,701, $84,281, and $163,825, respectively.

Most kitchen remodels in Lancaster tend to fall in the major midrange category, and because this can still vary so widely, let’s break down that category and determine what each could include and their estimated costs:

Of course, there are variations across the different categories. For example, a homeowner who budgeted for a Midrange Designer kitchen remodel may choose to only replace the cabinet doors while upgrading the countertops to the Premium level. Combinations like this are very common. When budgeting, it's helpful to consider whether you're looking for a full kitchen remodel or a kitchen refresh.

A bathroom remodel in Lancaster is as difficult to price neatly as a kitchen remodel for the same reasons. There are so many variations and materials to choose from, that the average bathroom prices as found in the most recent Cost vs. Value Report (2022) ranges from a Midrange at $29,554, a Universal Design at $44,634, and an Upscale design at $88,676. These estimates don’t include Midrange and Upscale bathroom additions, $69,868 and $124,092 respectively, which range drastically due to similar variations as remodeling projects.

Lancaster bathroom remodels, just as kitchen remodels, favor the Midrange level. Once again, this will vary, so let’s look at each category, what they could include, and the average cost:

Beyond the Midrange, categories would be Upscale, and this is where you begin to see finishes, materials, and features that would be considered luxury.

A finished basement offers an incredible amount of versatility as to what the space could become. Unlike the use of a kitchen or bathroom, the future purpose of a basement is completely up to the homeowner, lending to even more variability in estimates. A finished basement could include anything between simple walls and a concrete floor to a suite with a full bathroom. There is, however, a short list of the most common finished basement go-tos that are a great place to start when estimating what it might cost to finish a basement in Lancaster.

Other remodeling projects are more straightforward in their estimates because they are simply less complex. Projects that would be considered replacement or maintenance jobs are predictable in that they perhaps offer fewer choices of materials and the labor costs are consistent because the labor itself tends to be consistent.

Updating the home’s front entrance can be as simple as replacing a door or upgrading the curb appeal by installing a grand entrance. The Cost vs. Value Report puts the replacement of a steel front door at $2,282. As for installing a grand entrance, the Lancaster remodeler would have to cut a new opening to make way for a new frame, as well as move electrical elements like switches and sconces, and color match the new and existing details. Installation of a grand entrance in Lancaster is estimated to cost $10,842.

As with the window replacement estimate, the Cost vs. Value Report compared 1,250 square feet of two different siding materials. Replacement of vinyl siding in Lancaster would cost $20,216 and the replacement of fiber-cement siding is estimated to cost $23,929. The labor is very similar, so the difference is in the quality of materials.

Ready to Dream Up Your Lancaster Home Remodel? 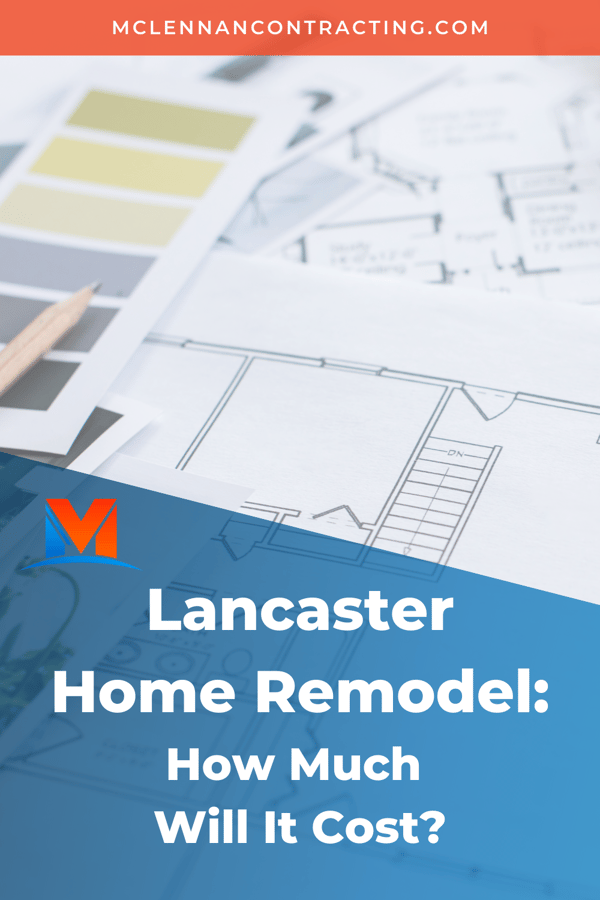 Alison is President of McLennan Contracting, which she owns alongside her husband, Tim. Together they have three children, whom they homeschool. When she isn't working, teaching, or planning the family's latest RV trip, Alison can be found introverting with a book in one hand and coffee in the other, or playing video games with her kids.